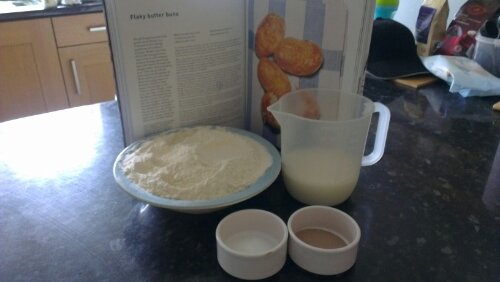 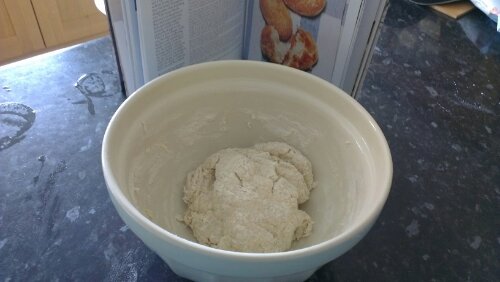 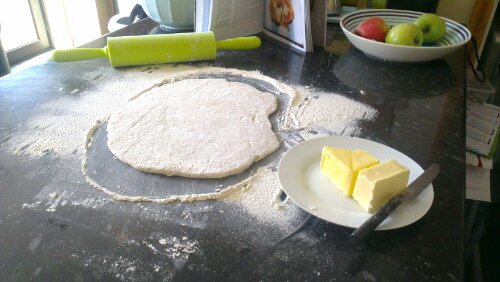 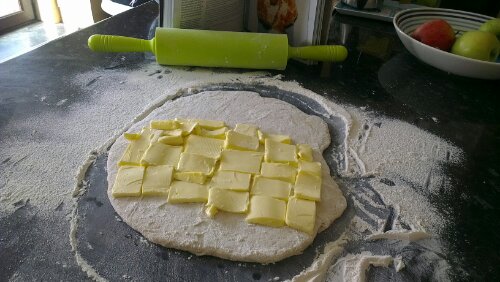 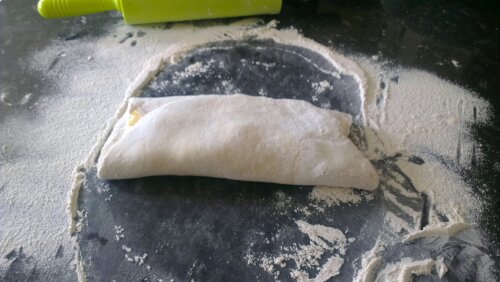 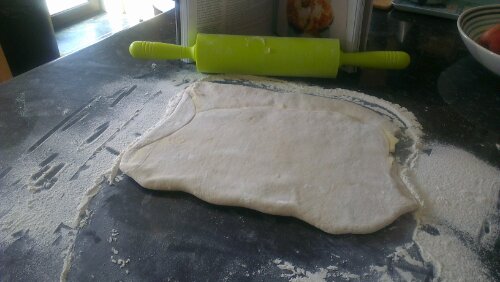 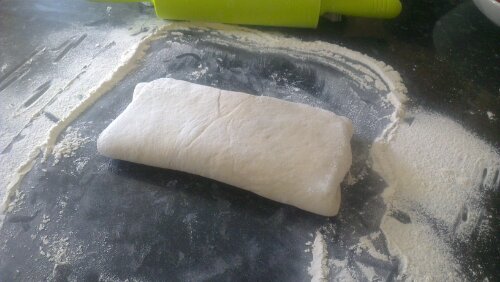 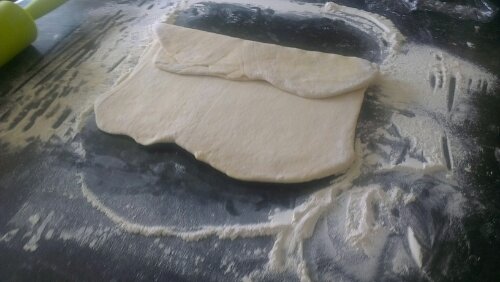 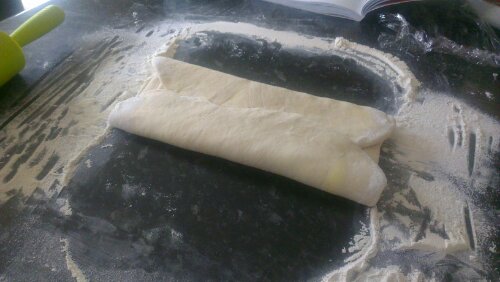 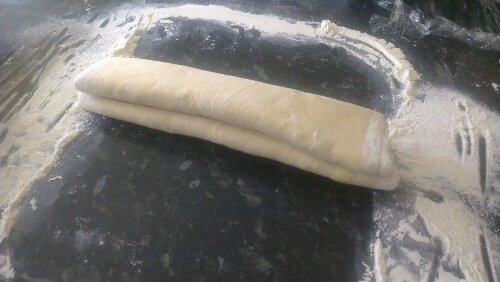 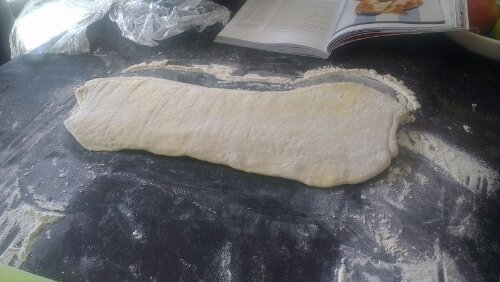 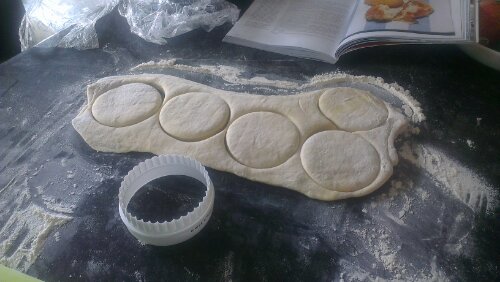 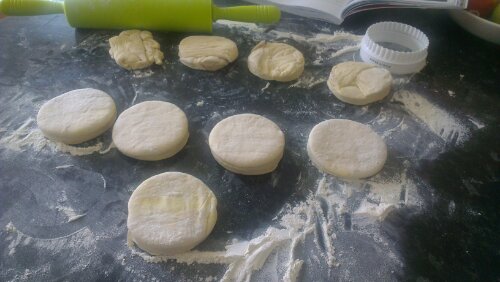 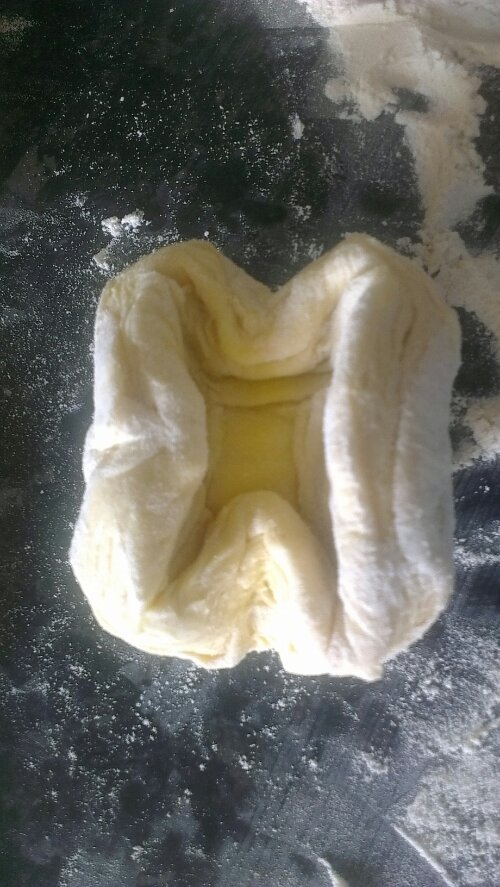 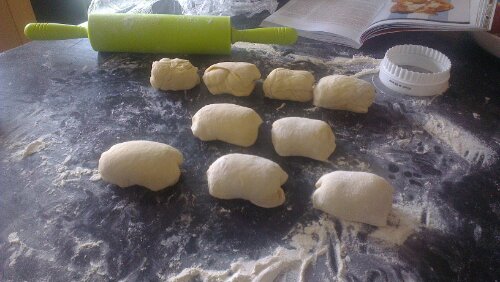 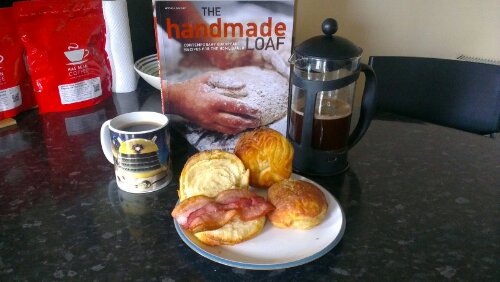 As is the norm, we have three breads selected at random, from Dan Lepard’s book, for baking during this month. Some members of the group have been very keen and already baked all three of them, but I plan to spread them across the month. Today I baked the first one: quick white loaf.

I can’t take all the credit for what I have baked today; I was ably assisted by my 2 year old son, Sebastian. He provided moral support and entertainment!

Dan Lepard describes this bread as, “a close-textured, soft white bread, with no pretence to be anything other than that.” Exciting! That sounds like exactly the kind of bread I would never bake because anything else I bake would be more interesting and tasty. But one of the reasons I am in this group bake is to force myself to try out recipes I wouldn’t touch otherwise. And, as Seb will be with me for the session, isn’t this the ideal bread to get him into baking? He is usually happy to eat any “Daddy’s Special Bread” that I offer to him, but this promises a quick turnaround from mixing to eating.

As I was preparing for this bake, I decided this would be an ideal dough for making simple bread buns, so the two loaves which this recipe is supposed to yield would actually become one loaf in a tin and six buns. The total flour weight seemed little on the light side for this outcome, so I decided to increase the weights by a third. This was an easy calculation for the 300g bread flour (becoming 400g) but led to silly figures for other ingredients (eg 266.666…g plain flour). Ah, well.

Thoughts on the finished bread? It’s a bit bland. To be fair, for crust alone it beats supermarket sliced white, hands down. But we don’t buy that bread, and I wouldn’t pay much for this.

Sebastian was very excited when I presented him with a slice. I cut it into quarters and he spread honey on each piece before wolfing them down. He got very upset when he discovered he wasn’t allowed more (it wasn’t long till tea time), although that may say more about 2 year olds than it does about the bread!

Once he finished, he decided to make more in his play kitchen; he remembered all the key steps, including rolling the dough on the table and making it into a ball.

Would I bake it again? For me, no; I’d prefer something with more bite and flavour. But it was an easy bake and, if it encourages him to bake bread himself, I’d gladly do it with Seb – or Orion (four months old) when he’s a bit bigger – again.