That’s enough of that; everybody’s going to be singing that song! 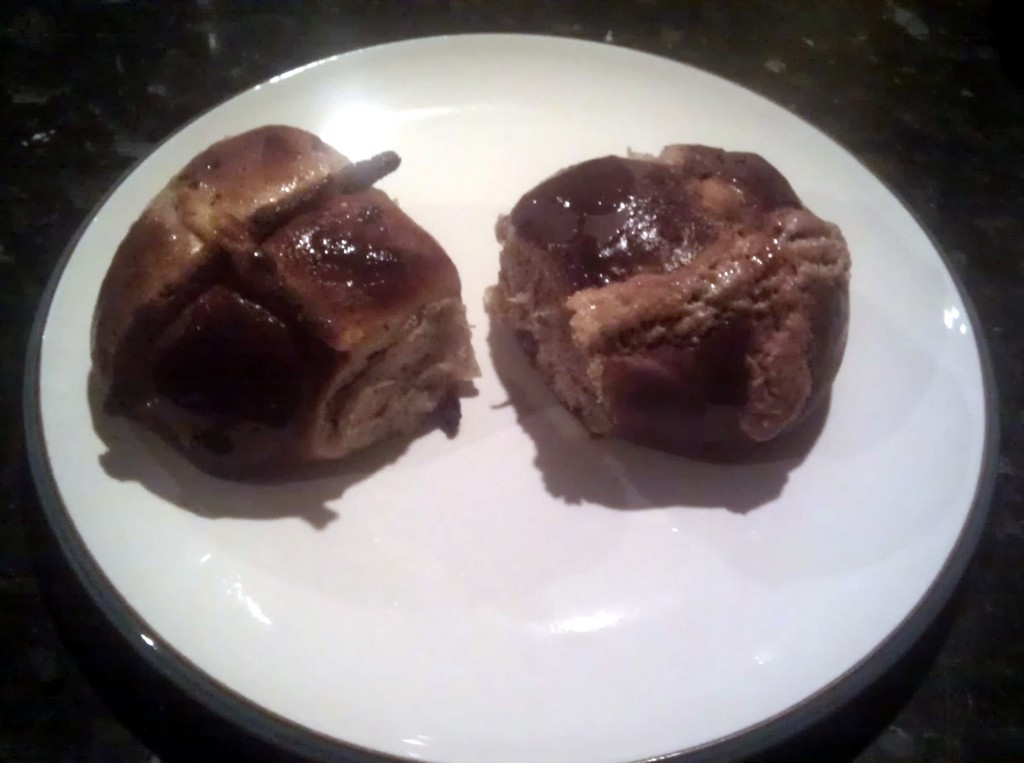 Here we are with the first Mellow Bakers bread: hot cross buns. This is the starter bake for the Hamelman Bread group. As the Handmade Loaf group aren’t starting till next month, I decided to bake Dan Lepard’s hot cross buns, from his earlier book, Baking With Passion, alongside as a comparison.

One thing which surprised me about both recipes was the wetness of the dough. Both, on paper, are 50% hydration which should be very stiff. In reality the egg and butter add to the effective liquid, producing a reasonably sticky dough to work with.

Not quite as sticky as my initial attempt at the Lepard buns; I mistakenly added only half of the required flour after scaling for the sponge instead of the finished dough! I quickly realised what had happened and took corrective steps.

One thing I have learnt today: I hate working with a piping bag. I managed to pipe the crosses eventually, but my hand shall never be the same again!

Speaking of piping crosses, my Hamelman book has the lemon and vanilla variant; it also has the error with 10 × the required metric weight for butter. Watch out for that; I only just realised in time. As far as quantities go, I made just enough crossing paste for 12 buns by using 20g flour and scaling the other ingredients by the bakers percentages. 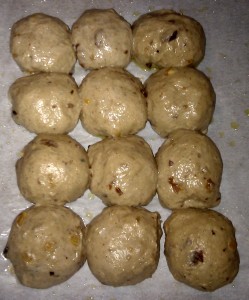 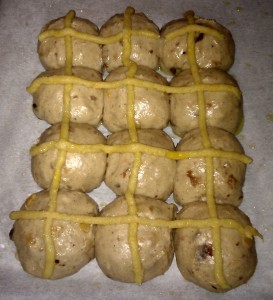 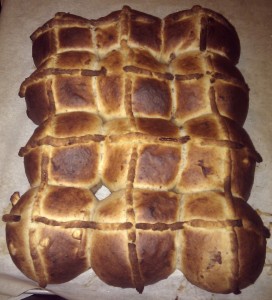 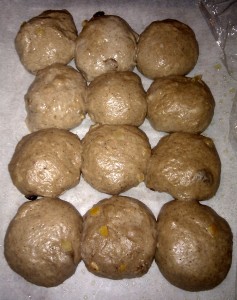 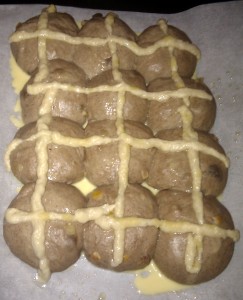 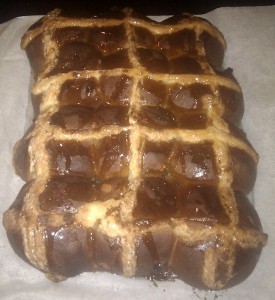 And the winner, in this mightily unfair and non-rigorous contest, is… Jeffrey Hamelman. They are spicy without being overpowering; sweet without being sickly; and fruity without losing their inate breadiness.

But I don’t think we’re going to struggle polishing off the other buns either!